The Regional Center for Renewable Energy and Energy Efficiency (RCREEE) is an independent not-for-profit regional organization which aims to enable and increase the adoption of renewable energy and energy efficiency practices in the Arab region. RCREEE teams with regional governments and global organizations to initiate and lead clean energy policy dialogues, strategies, technologies and capacity development in order to increase Arab states’ share of tomorrow’s energy. The center is involved in various local and regional projects and initiatives that are tailored to specific objectives. With thirteen Arab countries among its members, RCREEE strives to lead renewable energy and energy efficiency initiatives and expertise in all Arab states based on five core strategic impact areas: facts and figures, policies, people, institutions, and finance.

Arabian Industrial Development and Mining Organization is an Arab organization specialized in the fields of Industry, mining and standardization, operating under the League of Arab States and working with a strategy development through a joint Arab economic action approved by the Arab Summit Conferences. AIDMO aims to achieve a number of objectives which includes achieving Arab Industrial coordination and integration, Contributing to the development of industry in the Arab world and strengthening its capabilities in the fields of industry, energy, mining, specifications and standards to enhance the development of production and productivity. Also, AIDMO strives to develop unified standards for the Arab region to achieve quality and excellence of Arab products and facilitating their trade.

The League of Arab States: 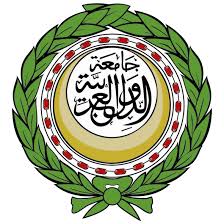 The League of Arab States, commonly called the Arab League is a regional organization of Arab states in North Africa, Northeast Africa (Horn of Africa) and Southwest Asia (Middle East). It was formed in Cairo on 22 March 1945 with six members: Egypt, Iraq, Transjordan (renamed Jordan in 1949), Lebanon, Saudi Arabia and Syria. Yemen joined as a member on 5 May 1945. Currently, the League has 22 members, although Syria’s participation has been suspended since November 2011 as a consequence of repression during the ongoing uprising.

The League’s main goal is to “draw closer the relations between member States and co-ordinate collaboration between them, to safeguard their independence and sovereignty, and to consider in a general way the affairs and interests of the Arab countries”.